This may surprise some of you who are more familiar with my usual musical tastes but I have a soft spot in my heart for Celtic music.

It’s not all about “heedrum hodrum” shortbread tin music but it’s about the Celtic music I grew up with. From the traditional tunes my dad played on his tin whistle like Soldier’s Joy, always tripping up over the same wee bit, to the Gaelic songs my Wee Gran would recall from her youth such as Fear A Bhata.

If you were to cast your eyes over the CD collection on my shelves you might be surprised by the mix of music. Yes, you could easily find Capercaillie nestled between Iron Maiden and Vivaldi. I kid you not!

I first saw Capercaillie play live as part of Glasgow’s Celtic Connections festival more than twenty years ago and their album from that time Secret People frequently finds its way into the CD player.

When I saw that the band’s leading lady, Karen Matheson, was playing a rare solo show at The Beacon Arts Centre in Greenock, I was keen to be there. Cue and exchange of text messages with a music loving friend (remember Miss Rose Wine from my trip to see Chris Cornell) and a visit to the box office. Yes, sometimes folk do still buy tickets at the box office instead of ordering online.

I was surprised when we arrived at the theatre last Thursday evening that it wasn’t busier. (The last time I had heard Karen Matheson sing she’d sold out the Royal Concert Hall in Glasgow, some 2500 seats) As we took our seats in The Beacon it was a little sad to see less than 200 seats filled. Lack of advertising? Poor advertising?

Fara were first out on stage. Four young ladies from the Orkney Islands – three fiddles and a piano. These talented musicians played with a youthful enthusiasm and passion that soon had the audience on side. Their lilting Orkney accents stole our hearts as they told the stories behind the tunes that they played and sang. They added an element of humour too. One song that they played was titled The Dragon. The composer had apparently written it for his wife! They also played a homage to the band’s favourite tipple- Cheeky Vimto*. Their infectious energy had the audience engaged enough o sing along enthusiastically to the chorus of Games People Play.

These young ladies are a breath of fresh air to Celtic fiddle music. 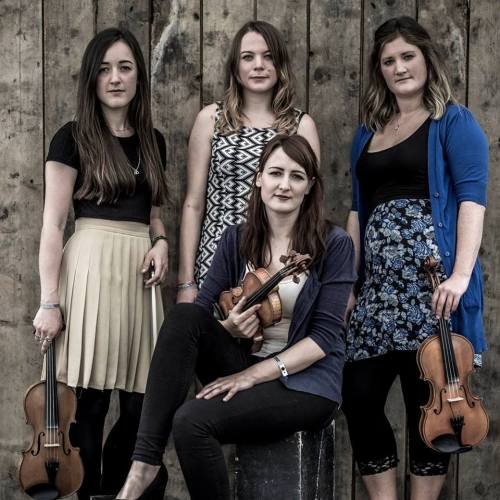 After a short interval it was time for Ms Matheson to take to the stage. As it had been so long since I’d last heard her sing live there was a wee nagging voice in my head wondering if her voice would still be as fantastic. It is! She has a beautiful voice.

She stepped out on stage with four fellow musicians, who’s instruments included guitar, piano, accordion, mandolin and cello (It must be something about Miss Rose

Wine’s company- the last show we saw featured a cellist too!)

For eighty minutes or so we were treated to a haunting if slightly melancholy set comprising of some of Rabbie Burns songs but mainly her own solo material. Most of the songs were sung in Gaelic and, despite not understanding a word of it, the music spoke for itself. The speed at which she can sing some of the complex Gaelic lyrics has to be heard to be believed.

Like the girls in Fara before her, Karen Matheson told the audience the stories behind some of the songs and of her childhood singing at ceilidhs. 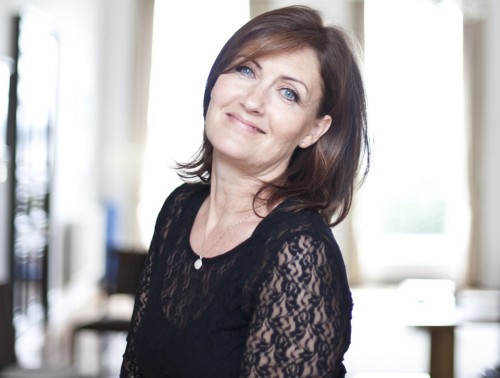 Usually when I leave a show there’s a wee buzz- ok a big buzz – inside me at the thrill of what I’ve just experienced. (Yes and the ears are usually ringing too!)

and I walked slowly back to the car there was an air of calm, a sense of serenity.

Maybe I’m more Scottish at heart then I gave myself credit for. There was a wee warm glow inside me, a little lightning bug of pleasure, where the Celtic music had touched not only my heart but my soul.

*Cheeky Vimto -Mix together a bottle of WKD with 50ml of Port and 25ml of Vodka  – apparently tastes just like Vimto.

Videos sourced via You Tube