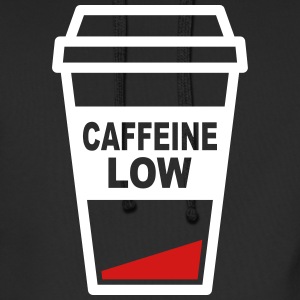 Pulling the laces tight on his well-worn running shoes, he glanced out of the patio doors at the reddening sky. Another beautiful summer evening for a long training run. With a nod to his wife, who was curled up on the opposite couch engrossed in a trashy TV soap opera, he slipped out of the front door, closing it quietly behind him so as not to disturb their sleeping children. Nestling his earphones into place, he pressed play on his iPod and set off down the hill at a leisurely pace. No sense in heading off too fast too soon since he had his sights set on at least twelve miles. As the hill began to level off he had a choice – go straight through more houses or take the right fork down a narrow single track road. The sight of a group of kids playing football in the…

While I am saddened to see Glasgow’s School of Art a smouldering ruin for the second time in four years, I’m heartbroken to see the devastation caused to my favourite music venue, the O2 ABC.

Politicians and historical societies plus the insurance companies will not doubt in time restore Glasgow’s School of Art even if it has to be done brick by brick at an astronomical cost but at the time of writing, as the fires still smoulder, I can’t help but wonder what the future holds for the innocent party in this, the O2 ABC.

The O2 ABC building is deserving of its own place in Glasgow’s architectural and social heritage.

Built in 1875, the ABC has been renovated many times and was largely rebuilt once before back it the 1920’s. It was originally built as a diorama then renamed as the Panorama three years later. In 1885, it was transformed for the first time and re-opened its doors as Hubner’s Ice Skating Palace. Three years later, in 1888, it became one of the first buildings in the city to have electricity.

The building went through another transformation, was renamed The Hippodrome and became home to Hengler’s Circus. When the circus wasn’t performing, the building was once again used to show films to the people of Glasgow.

In 1927, the building underwent another change of identity when it re-opened as a dance hall, the Waldorf Palais. At this time, it also boasted a ground floor car park. A sign of the affluence in the city.

A mere two years later, the building was renovated yet again, retaining the majority of its original architectural features including its roof structure, and re-opened as a cinema. It remained a cinema, going through several modernisations and an expansion, right through the 20th Century before showing it’s final film on 12 October 1999.

Three years later, the conversion to the music venue I know and love began.

Oh…. and don’t forget. The O2 ABC is/was home to one of Europe’s largest glitter balls.

As the damage is assessed, my heart bleeds for all the small businesses in the Sauchiehall Street area that, as innocent bystanders, will suffer the fallout from this weekend’s tragic events and for those who may lose their jobs as a result of this fire.

One thing to be eternally thankful for is that there was no loss of life in this inferno. If that fire had struck the ABC during a sell-out show the potential for tragedy doesn’t bear thinking about.

Those that follow my sister blog  https://the525toglasgow.wordpress.com/  will know my love of the O2 ABC. Like countless music fans, I’ve so many memories that I hold dear that relate to that place. So many nights of great music. A place to meet new friends. A place to take old friends to. I even took The Big Green Gummi Bear there! I’ve met so many wonderful musicians in there too, both in the main room and in the smaller, more intimate O2 ABC2 downstairs.

I took my Baby Girl to her first ever concert in the O2 ABC.

I bought my Baby Boy the first legal drink I’d ever bought him (Ok, it’s actually the only drink I’ve bought him to date and it was over two years after he turned 18 LOL)

My last visit to the O2 ABC as we know and remember it was on the 6th of this month when I saw Volbeat headline. It was one of the best nights I’ve enjoyed in the ABC. I think it was during a song called “Seal The Deal” that they turned on the glitter ball and, with the white lighting from the stage, the whole room was sparkling as the fans partied. A beautiful sight that will be my lasting memory of the place…..until they rebuild (I hope!)

These articles show the history of the building in more detail :

And a few photo memories…. 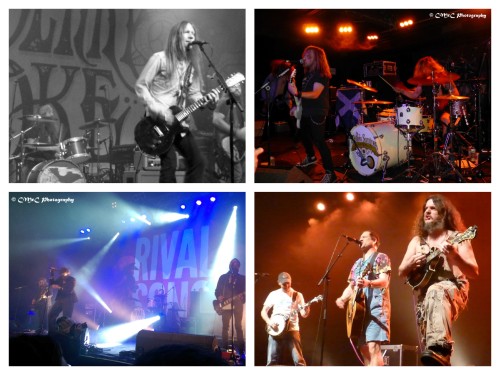 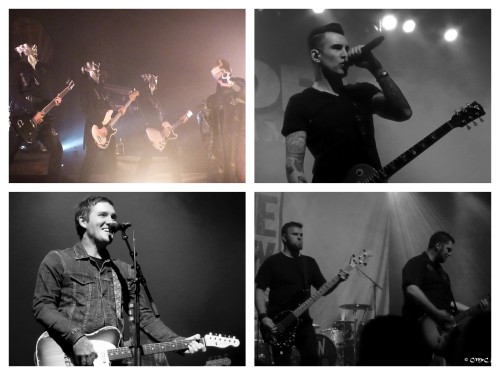 Forget Me Not – a piece of flash fiction

Birds were singing in the trees that cast cooling shadows across the path in the small graveyard. It had been many, many years since she had walked along the narrow, red gravel path but her heart was leading the way. The stones crunched beneath her feet.

Their friendship had always been unique. “Love at first bite,” he had joked on occasion after their first intimate encounter. An encounter that would last a lifetime.

Both of them knew the dangers associated with the secret they’d shared. Both of them watched family and friends grow old and pass. Both of them had watched each other remain exactly the same as if time itself stood still.

In the small village, local friends and neighbours started to notice. Rumours began to spread and, eventually, they both knew it was time.

Late into a mid-summer’s evening they had debated with each other as they hatched their plan. It was a plan to be together forever but one that would mean a lifetime apart. Both of them knew in their heart that this was the only way.

The day of his “funeral” had been a hot and humid June day. As they’d gathered at the graveside, the mourners were plagued by midgies that had swarmed incessantly around them. Keeping his sermon brief, the minister had blessed the “deceased” and offered up a prayer of thanks for his long and healthy life.

She had been the last to leave the graveside. Kneeling down, even although she knew he wasn’t actually buried deep below the freshly turned soil, she had wept then dropped a single Forget Me Not into the depths of the grave.

Two days later she had left her cottage in the village’s main street never to return….until now.

A hundred summers had passed since she had last entered the graveyard. The world had moved on. Technologies and fashions had evolved and come and gone. She, however, remained exactly the same. Her hair and clothes identical to the day she had said her last farewell.

Many times, over the years, she had thought to seek him out but her love for him held true and she kept her promise to only return on the agreed date.

She was early by less than an hour, still loathing to be late for anything.

Stepping from the gravel path onto the lush green grass, she found the grave with ease. A smile formed on her lips as she noted that a Forget Me Not had been engraved on the edge of the otherwise plain headstone. She noted too the series of numbers engraved beside the detailed flower. Seemingly meaningless to others but to her they were the confirmation that she had the date and time of their reunion correct.

Time passed quickly as she waited. After all, what was forty eight minutes when compared to a hundred years? She passed the time meandering through the cemetery, reading the headstones, noting the graves of former friends and neighbours. Her heart ached as she realised that no one from her previous life in the village was left. Her friends were long gone.

What if he never came? A wave of panic swept through her.

Could she stay here without him? Rebuild her life in her old cottage? Would she want to if he wasn’t finally there to share in it?

What if he’d made a better life for himself elsewhere and forgotten their pact?

Anxiously she made her way through the labyrinth of granite stones to stand by his grave.

A cool breeze wafted across her pale cheek. For a second, she thought she felt the air behind her stir. A familiar musky aroma teased her senses, tugging at her heart.

She felt a hand rest on her right shoulder and gasped.

Looking to her left, her view obscured by the bright sunlight, she saw his profile. His left hand was extended towards her, palm up. In the centre of his long slender hand lay a single Forget Me Not.

“You came,” she breathed.

“Did you ever doubt I would?”

It never ceases to amaze me how quickly social media has taken over our lives – in a positive and, on occasion, a negative way. How many of you remember life before Facebook and Twitter and Instagram?

I joke about being a “Facebook queen” but it allows me to connect with friends and family all over the world on a daily basis. I get to offer my congratulations to friends on their birthdays, anniversaries and successes. I get to offer my love and support when its needed too.

I’ll admit I post more than my fair share to Facebook – “we know” I hear my friends cry! – but I do try to avoid posting photos of my children and my dinner and the other mundane things that are shared millions of times a day across the world.

No one wants to see what I’ve had for dinner (trust me, this evening it was a very boring chicken sandwich).

I don’t tend to rant either online. I vent in private (that’s what Messenger is for)

Another consequence of sharing photos, memes and motivational thoughts is that my mobile phone ends up home to literally thousands of them. Ok, I hoard the ones I stumble across and think “I might share that when the time is right”. Some never see the light of day again. Or you share it then delete it and years later Facebook reminds you that you posted it so you save it to your phone again…..and so it continues……

So, what have I shared in the past week or so? 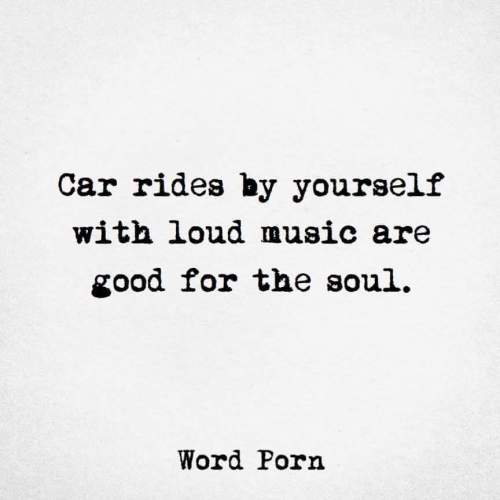 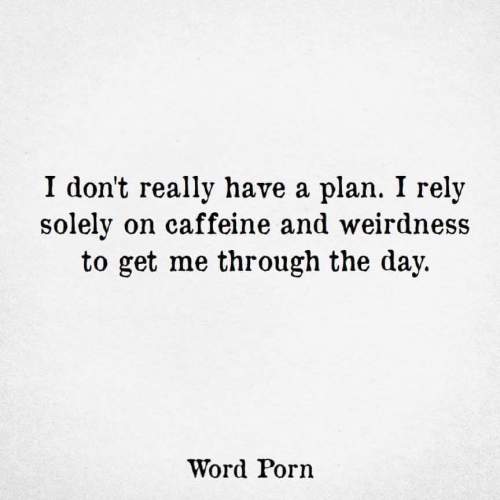 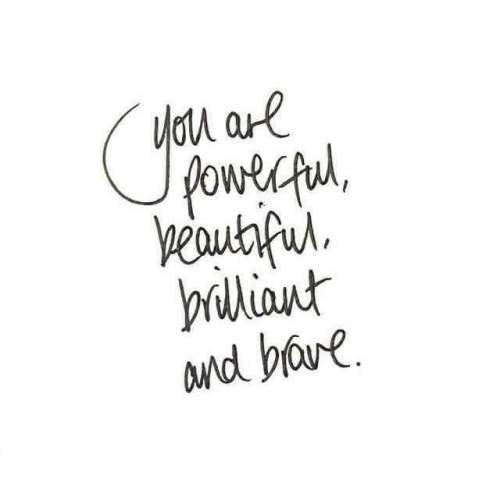 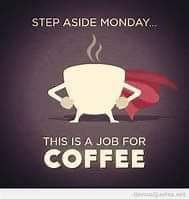 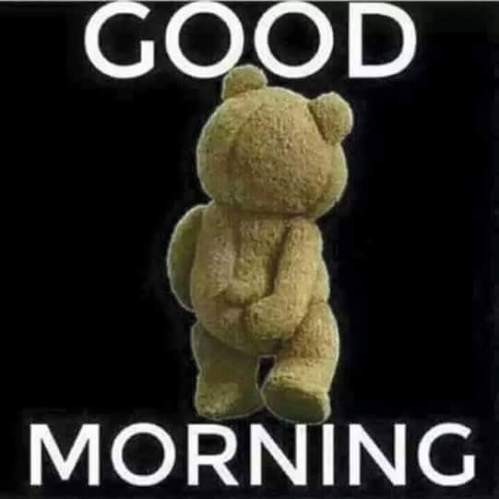