I’ll Take That As A Parenting Success….

I ventured into Boy Child’s bedroom earlier to collect his laundry basket. The sun was shining in and the wall above his desk caught my eye.

Now, I’ve been in the room countless times but I hadn’t really given this spot on the wall much thought before today. I paused to look and to read.

It made me smile.

This is what I was looking at.

Every ticket, except his Alter Bridge ticket from SSE Hydro in Glasgow on 1 Dec 2016 as the venue staff insisted on collecting them in, for every show he’s been to. There are three up there that I wasn’t with him for – I’ll not point them out.

As I read though them I could remember highlights from each of them.

From nudging him and telling him it was ok to laugh out loud at comedian Daniel Sloss’ risqué jokes to the first rock show we attended on 23 May 2009. The very first band to take to the stage that night in the SECC were Black Stone Cherry and so began his love (and mine) of those boys from Kentucky.

There’s the ticket from the first rock show he stood at – Iron Maiden on 20 July 2011. I remember vividly keeping a close eye on him in the densely packed crowd. (He was only 13 at the time) There’s the tiny ticket stub from 16 May 2017 when we saw Iron Maiden again. I remember all too clearly Boy Child keeping an eye on me in one of the roughest crowds I’ve been in. We’d come full circle.

There’s the MTV EMA World Stage show with Slash and Biffy Clyro from 7 Nov 2014. Still can’t believe we got those tickets. It was a fan only event. Best value for £10 ever!

Then, less than a month later, we saw Slash live again and, thanks to Miss Janette, got after show passes to meet The Conspirators and were lucky enough to meet Myles Kennedy for the first time. The kind of night that dreams are made of.

A ticket from the Black Stone Cherry Nordoff Robbins charity show in The Cathouse (tiny venue) on 18 Nov 2016 also holds precious memories. That was an incredible show!

There are wrist bands from Tremonti shows where we’ve been lucky enough to enjoy a quick meet and greet after the set. They really are lovely guys.

A few picks don the wall too including a Myles Kennedy pick.

There are even some Ghost dollars.

Parenting is never an easy task. Kids don’t come with a rule book or a user guide. I wish they had!

What struck me in the sunlit room was that this wall represented parenting successes…lots of them! The simple fact that each of these tickets has earned a place on the wall is evidence of that.

I left the room with the laundry basket, a smile on my face and a warm fuzzy feeling inside.

A short while later there was a cry of “Mum, where’s the Blu Tack?”

As I handed over a small blue/gray cube of sticky stuff, I asked what he needed it for.

“To stick my Brian Fallon ticket up.”

Another moment of parenting success.

There had to be thousands of messages in the chain he was scrolling through….. and he missed receiving them.  Those silly emojis that she’d used. The crazy conversations of emojis alone that they’d both understood perfectly. Messages that would ping into his phone at all hours of the day and night. Random and bizarre. Short and sweet. Occasionally an annoyance. … an annoyance he now sorely missed.

For two long weeks the thread had been virtually silent. All the recent messages had been one way. All of them had been his.

With a sad smile, he looked at the last one he’d received from her

It was a news report shared on his timeline by a mutual friend that had delivered the news of the accident. The brief report had made his blood run cold.

Those first few days had been touch and go. From a distance, he’d waited for news, thankful that his sister-in-law was a nurse in the ICU. He’d made every excuse he could to visit her at work that week. Offering her lifts, coming into the hospital to let her know that he was there, hoping to seize the opportunity to visit Room 5.

The opportunity finally came three days after the accident. He’d arrived early to collect his sister-in-law from her last in a run of night shifts and, needing to confide in someone, he’d told her the gist of his friendship with the patient in Room 5. Luck had been on his side. There was no one sitting with her.

For less than ten minutes he was allowed to visit in secret. They had been the shortest ten minutes of his life. She had looked so peaceful, despite the tubes and IVs and the incessant bleeping of the machines keeping her alive. Nervously, he’d held her hand and talked to her. He’d kissed her on the forehead before he’d slipped unseen from the private room.

Now, ten days later, he couldn’t remember a word he’d said but he could’ve sworn that she had squeezed his hand ever so gently. Wishful thinking? A reflex reaction? He’d never know for sure but it made it easier to bear if he kept believing that she’d known he was there.

It was after that that he’d started to message her again. Short messages. His usual random messages as if nothing had changed.

What a shitty day!

And so they went on……

The day he heard that he’d lost her forever, he’d sent another message

Even though he knew she was gone, he’d kept messaging her. He could see on his phone that they were all unread but sending them, holding onto the connection,  eased the searing pain of his unspoken grief.

After the funeral service, he’d messaged her again.

You’d have hated that! SO not you! Not one song that you’d have picked ha ha  :’)

Now a week after he’d said his final goodbye alongside her family and friends, he sat on the wall looking out over the river in his lunch hour, scrolling back through their message conversation. Re-reading some of the old messages made him smile, triggering memories of happier times.  In the mix of short text and emojis, her personality was still alive.

In his heart and his head, he knew he couldn’t keep messaging a ghost. He had to stop ….  but he didn’t want to. Then he began to worry that her family might be able to read the message chain. A wave of panic washed over him. Silently, he prayed that she’d been as careful with their messages as he had.

What happened to folk’s social media after they died? Would her timeline just sit there growing old and out of date? Would it be deleted and be gone forever?

A swift Google search informed him that nothing would happen to it until the family reported her death to the host site. Knowing how thorough her family could be, he guessed that the death would be reported sooner rather than later  and the account “memorialised”. That at least would be something to hold onto in the darker moments of the days and weeks to come.

He had to let go. He had to say goodbye.

With a heavy heart, he typed one final message.

He hit send then stuffed the phone back into his pocket. Time to get back to work.

As he walked across the car park, his phone vibrated twice.

Pulling the phone back out, he glanced at the screen.

One notification. One message.

The notification was the change of status of her account to “memorialised” and her friends list had all been notified.

The message almost made him drop his phone. It was from her! How? Why? His mind raced. Rationalising things swiftly, he deduced it must have been stuck as a draft and the suspension of her social media account had triggered it to send.

The Wrong Hand – a poem for Valentine’s Day 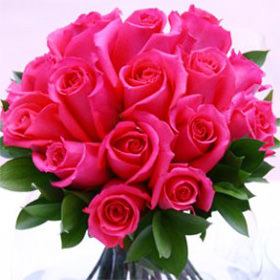 Their petals rich and velvety.

Roses given in theatrical jest.

No love in their giving- thank God.

Roses given by the wrong hand.

The array of bottle sits on the shelf- which one to choose? Do you choose by label? By colour? By aroma?

I’m not a “girlie” girl by any stretch of the imagination. Can’t really be bothered with all the fuss and faffing with hair, nails and make-up but I do like to wear perfume.

The only issue with this is that I’m allergic to the vast majority of them. I may love the scent but sadly most of them don’t love me.

Through trial and error over the years and a lot of sneezing and irritated patches of skin, I’ve found a core suite of fragrances by Philosophy that I stick with.

So, how do you decide which one to wear for the day?

Me? I tend to choose based on my emotions and mood.

The logic of this is as follows-

Pure Grace – for the days when you want to feel fresh and clean all day. A simple uncluttered day.

Summer Grace – for when it’s a gorgeous day out and the world around you feels good or, at least, you want it to.

Pure Summer Grace – for the days when you need a reminder of a summer beach day (this bottle never lasts long!)

Baby Grace- my favourite – A scent for when you need to feel reassured. The one that whispers “Everything’s going to be ok.” A hug in a bottle.

So what kind of day are you having today?